The Curse of Reality

A humorous side-scrolling, 2D Puzzle platformer with serious underlying tones. Follow the journey of Esme as she struggles with her dissociative identity disorder, pursuing her evil personality, Evelyn, through the multiple worlds of the other people within her head.

Our story follows Esme as she comes to terms with her dissociative identity disorder. trapped by her evil personality, Evelyn, her reality starts to crumble around her and she must recruit and save her other personalities to win back her body and mind. As she progresses she finds obstacles impossible to overcome without help from other personalities and soon learns to befriend them too.

Esme is the main character of The Curse of Reality. She is a shy, quiet girl of 17. At the age of 9 she was diagnosed with dissociative identity disorder.

Since then she has become more aware of the other personalities living within her head.

Most of the personalities Esme is happy to live with and most of the time they don’t show through. However, there is one personality who constantly fights for dominance, Evelyn.

Evelyn is the villain of the game. She is a narcissistic, aggressive, manipulative and destructive. She wants nothing more in life than to be worshiped and adored.

One by One she forces herself into the miner personalities minds, suppressing them and trapping them within their own nightmares.

For full character descriptions and the other personalities please click here.

Although the narrative for the game is simplistic the major key point is the ending.

Once players have defeated Evelyn, she changes personality and becomes a playable character. This allows players to go back through levels and collect anything they may have missed and restore the worlds to their true states.

Once Evelyn has fixed all the worlds and the other personalities are now released, her and Esme agree to terms about the usage of her body and they part ways. Esme waking up back in the real world.

Everything that happens within the game is taking place within Esme’s mind. The actual time period is the present day but every world inside her head is a different universe and time period.

The core mechanic of the game is the character wheel. Allowing player to quickly swap between characters, letting them to use different abilities.

Each character has their own ability which acts as their main mechanic, for more detail please go here.

The Curse of Reality will take the player through a variety of emotions, from humorous, silly moments to dark, upsetting moment.

Players will face many challenging and fun obstacles and puzzles within each level. Making them think fast and try different methods to complete them.

The world Will be vast, beautiful and individual, compelling the player to explore and be captivated by each world.

The unique selling point of The Curse of Reality is the amount of playable characters and the mechanic of the character wheel. players relay solely on the character wheel to help them get through levels and causes them to select carefully and quickly.

The UI will be simplistic and feminine. It will be very basic and provide the player with what they need to know. 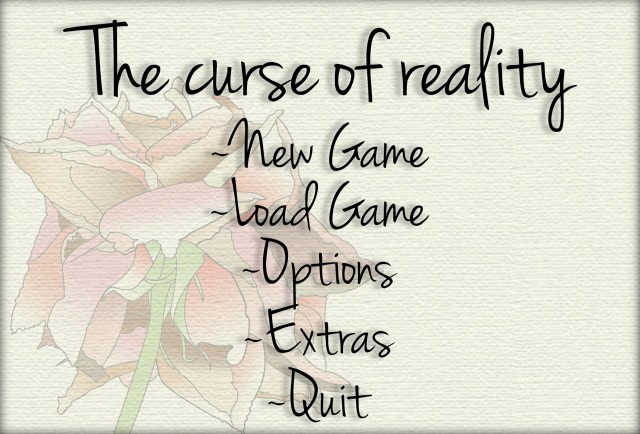 The Main menu follows the theme that is consistent with my game. It gives player the basic options that are required. Under the category “Extras” will feature Artwork, Bonus Content and Extra levels. 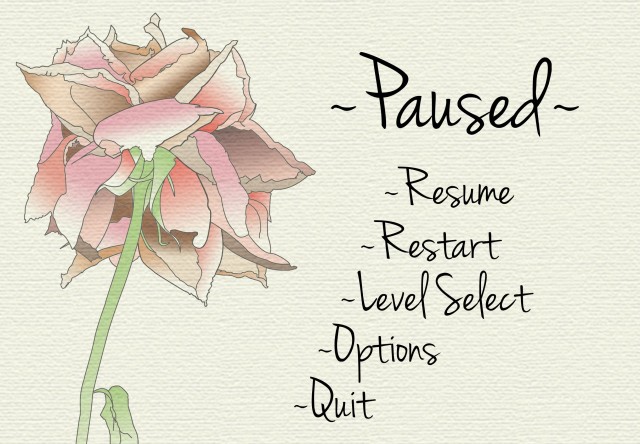 The Pause menu also follows suit to the theme and features all the basics the player will need. If the player is struggling too much with the level they can select either restart or go back to the level selection.

The Time, Health & Aura bar and Score will always be visible on screen for the player to keep track of. When selecting a character, the character wheel will appear in the center of the screen and then disappear once the player has selected their next character.

Character selection wheel is simple and features profile shots of each character. It can be rotated either left or right allowing for quick access.

TARGET AUDIENCE FOR THE GAME

The Curse of Reality features crude humor and cartoon violence.

The first platform it will be available too is PC and will be optimized and developed for other platforms later down the line. The controls for PC will be the following: